BusinessTravel.com is still in development. Get early access to the only booking website designed specifically with business travelers in mind.

How To Survive The 10 Worst Airports In The United States

The worst airports in the United States include Logan, O'Hare, LAX, Newark and LaGuardia, among others. Here's some advice on how to survive trips there. 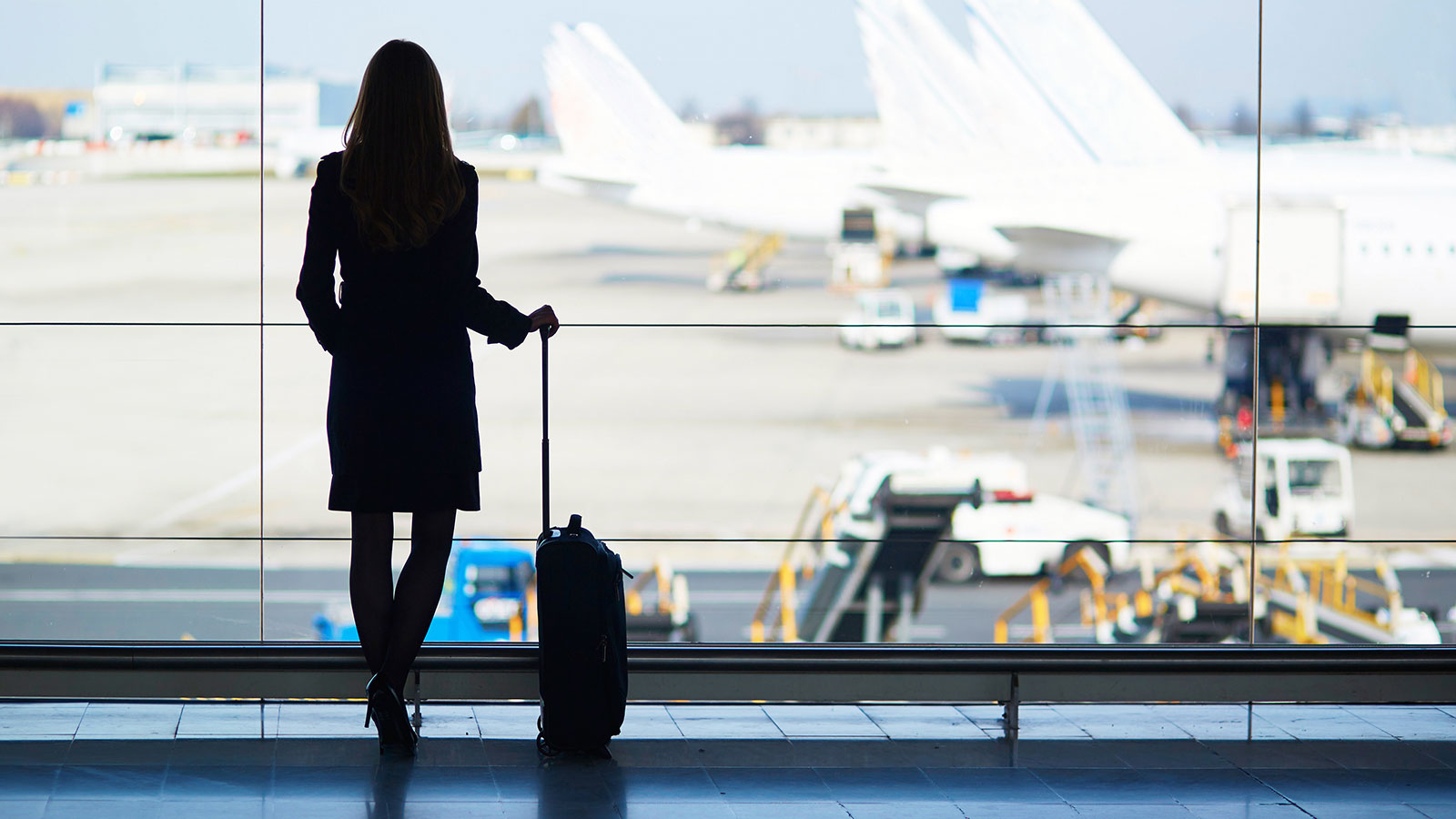 If you’re headed to New York for a business trip, maybe book a flight to JFK.

Below are the five lowest-rated mega (33 million or more passengers per year) and large (10 to 32.9 million) air transport hubs in the United States, as ranked by this study. Also included are helpful tips on how to make the most of your visit.

What makes it so bad? The view flying into and out of Sea-Tac—with mountains on one side and the Pacific Ocean on the other—is easily the best aspect of the airport. Travelers complain about crowds, long security lines, and a lack of quality food options. Others on this list suffer from a similar comparison: How can a city this great have an airport so poor?

1-Star Yelp Review: "Simply the worst airport I've flown out of or in to. Outdated and appears to be too small to support the number of travelers. All security lines this morning were maxed out which necessitated staff artificially extending the line area and holding "end of line" signs. Get it together Sea-Tac and let’s have an airport that represents Seattle like it should be!"

What you can do: Get TSA Precheck if you don’t have it, for one. Once you’re inside the terminal, head to The Club, where $40 gets you a three-hour pass to relax and grab some food, drinks, or coffee.

What makes it so bad? Logan inspires two main complaints: There are always long waits on the tarmac, and the airport is spread out. You’ll be asked to walk long distances, which isn’t the most fun thing, especially if you’re running late. And if a brisk walk, or mild sprint, leaves you famished, good luck finding quality bites.

1-Star Yelp Review: “Seven hours from London today only to sit on the tarmac for 45 minutes waiting for a gate. There [are] too many planes and too few gates - this is place is way undersized for the amount of traffic. Ugg! Consistently a terrible experience.”

What you can do: Dress comfortably, wear versatile shoes, and embrace the extra steps! Mild exercise could be just what the doctor ordered after a long business weekend. There’s no good way to offset waiting for a gate, however. Plan ahead by loading up extra entertainment on your phone: Download a new game or sneak in one more episode of your favorite show.

What makes it so bad? O’Hare is one of the busiest airports in the world, and it happens to be located in a winter-weather city. That combination leads to delays—lots of them—and crowded runways. If you have a short layover, good luck. Weaving through hundreds of travelers while crossing terminals to reach your next gate should be an Olympic sport.

1-Star Yelp Review: “Today I either avoid this airport or dash through as fast a[s] I can. Yet even a fast dash is nearly impossible as you try to navigate through the crowds of confused travelers that block the narrow passage ways between gates. And that's on a sunny day. Try to go through this airport in inclement weather and your trip is all but doomed.”

What you can do: Mentally prepare and count your blessings if you travel through O’Hare without issues. Also, be in close contact with your airline—download the appropriate app and keep tabs on later flights if you do get delayed or canceled.

What makes it so bad? Los Angeles traffic is the short answer. Getting to and from the airport is a nightmare. For instance, if you’re looking for a taxi, Uber, or Lyft to get into L.A. proper, you have to shuttle from the terminal to a designated parking lot. Expensive food, inadequate signage, and gridlock make for an unpleasant travel experience.

1-Star Yelp Review: "Still terrible and the traffic outside is third world level. Just freaking awful. Negative 5 stars if possible. Traffic just within the airport complex is terrible. No signs anywhere so you have no idea what or where you are going. I. Hate. This. Airport."

What you can do: Allow for far more time to get to the airport than necessary, and take public transportation—a free shuttle runs from the Metro Green Line Aviation Station. That trip will save you time, frustration, and money ($1.75 for a one-way fare).

What makes it so bad? According to a study, less than 64% of flights departed Newark on time during the summer of 2019. Those delays lead to extra time in concourses that don’t have the best restaurant offerings, although the airport is improving in that field. Navigating the Jersey Turnpike near the New York City area, not to mention a confusing security line layout, frustrates travelers as well.

1-Star Yelp Review: "I hate this airport. You're pretty much on your own when it comes to navigating where you're supposed to go. It's like the Lord of the Flies."

What you can do: Bring extra entertainment for downtime, and keep flexible plans for your return. If you’re hungry and have time, head to Terminal C, the best terminal for foodies in the country.

What makes it so bad? New Orleans is one of the most vibrant cities in the United States, and its airport...is not. Unimpressive, drab decor disappoints passengers, an ironic display for a place named after a jazz legend. On top of that, finding a place to charge your phone or laptop is almost impossible.

1-Star Yelp Review: "This airport is a Senior Citizen amongst the other airports in the country, which doesn't make sense considering the sheer volume of tourists, business travelers, and conferences that are held here."

What you can do: This is the airport to catch up on reading (i.e. bury your head in a book to avoid looking at your surroundings). Bring an extra battery pack if your phone runs low, or simply make sure everything is charged before you depart.

What makes it so bad? Do you find Philadelphians to be rude? Well, the airport staff, according to passengers, reinforces that stereotype. A smile and nod go a long way in easing the stress of traveling, but you may not get that here. If that’s not enough to make for a poor experience, the slow Wi-Fi is regrettable for an airport the size of PHL.

1-Star Yelp Review: "Some people are nice, but it is a 50/50 chance you get rude TSA and dirty dirty bathrooms. They seem to have plenty of employees walking around (slowly doing very little except laughing and chatting with each other) but how can the airport staff be so mean for the city of brotherly love."

What you can do: Understand that your interpretation of “rude” may be different. Philadelphians, if you speak directly and show respect, will return respect. They won’t be welcoming per se, but their negative reputation is overblown. As far as slow Wi-Fi, there are several great lounges at PHL that include fast internet, such as the American Express Centurion and Minute Suites, where you can nap or watch Netflix.

What makes it so bad? Ronald Reagan National Airport struggles to accommodate the number of passengers who travel through. This results in an over-crowded feeling and long lines for food and bathrooms. Many of the complaints center on the Southwest Airlines area in particular.

1-Star Yelp Review: "Terminal A of Reagan is horrible. It's always crowded, dirty, and never enough seats. The design is asinine too- chairs too close to SW boarding area. Two words sum it up: Airport Hell."

What you can do: Don’t fly Southwest here, even if it means spending more money on a different airline. And before you head to the airport, take care of business: Use the restroom; eat a good meal.

What makes it so bad? You won’t have to worry about the flight in. After all, you are going to Hawaii. The flight out, though, can be a slog. TSA is a maze, and if you check a bag, you’ll need extra time to have it screened by the Department of Agriculture. The open-air style makes for some uncomfortable heat at times, as well. And the staff (see below), apparently, isn’t the friendliest group.

1-Star Yelp Review: "It is rather remarkable that an island (and city) with such a massive revenue in tourism would allow their airport to fall into such a state of disrepair. Most airport staff seem uninterested and unwilling to support you (and if they do they're surely not enthusiastic about it)."

What you can do: Take lots of pictures on your trip. Should you get caught in an unpleasant line, scroll through to remind yourself you have it pretty good. Also, wear lightweight clothing to stay cool at the airport and pack a sweater for the long flight back to the mainland.

What makes it so bad? Updates can never match the frequency of travel. It’s a smaller airport that still attracts a large number of visitors based on its location. Those two qualities led to nightmare scenarios in the summer of 2019, when storms affected flights and traffic jams leading into the airport had passengers walking along the highway to get to their gates on time.

1-Star Yelp Review: "Maybe because it's under construction, but, it is very difficult to get around in this airport. I was dropped of at the wrong terminal (D) and it took over 45 minutes to get to terminal B, there was no walking there, you had to take the shut[t]le. The traffic going in and out of the airport is super congested as well.”

What you can do: Allow yourself as much extra time to get to the airport as possible. Once you’re there, a pass to one of LaGuardia’s seven lounges is probably worth it.

City Guides: Comprehensive guides for the most popular business travel destinations in the US.

Articles straight to your inbox

Sooner or later you’ll find yourself in the Big Apple for work. Before you depart, read our guide to make the most out of your New York business trip. 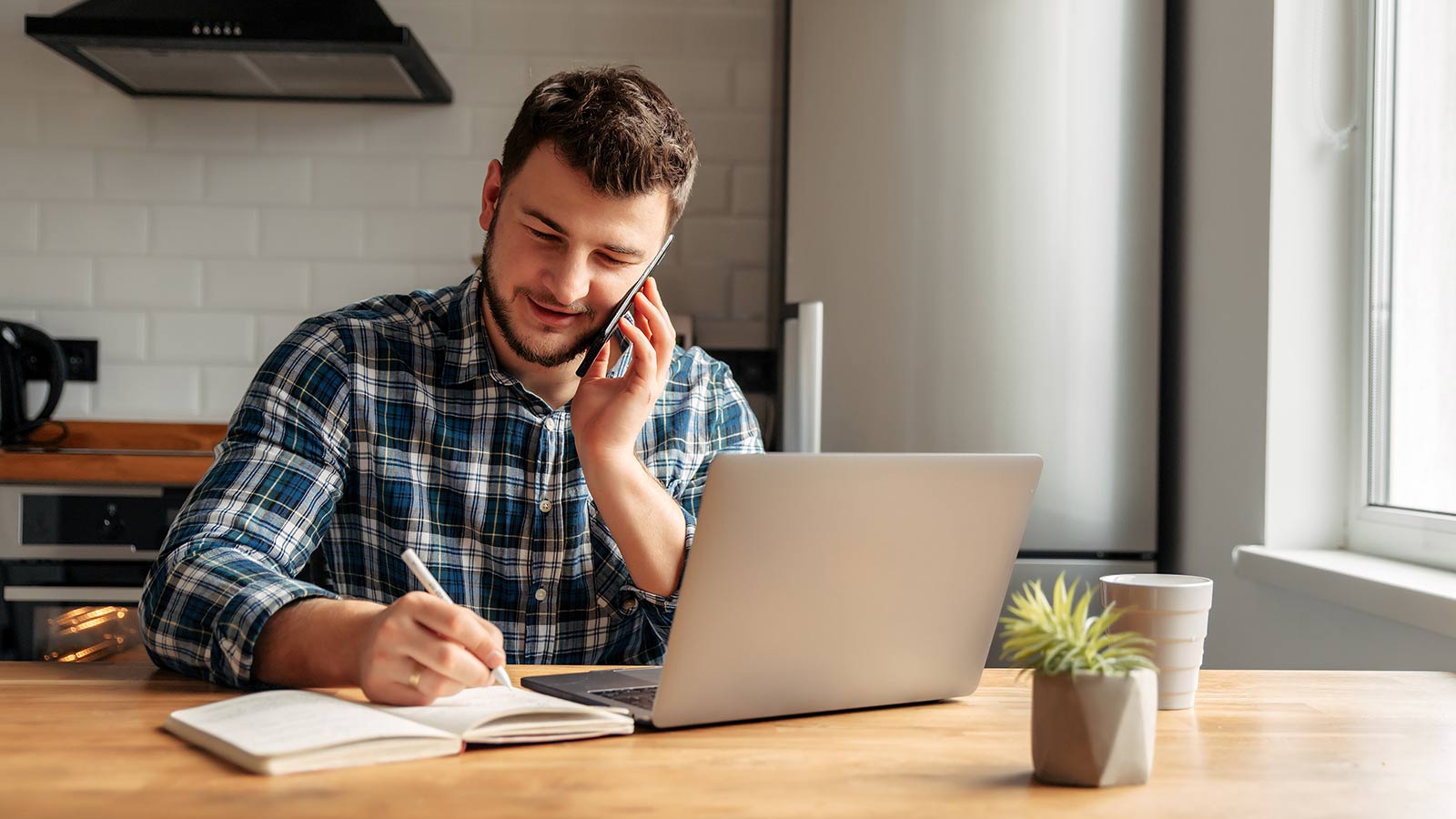 How Business Travelers Can Stay Productive While Working From Home

Working from home is a major adjustment for business travelers. But if you maintain your routine, organize an office space, communicate effectively, and keep detailed tasks you'll be productive. 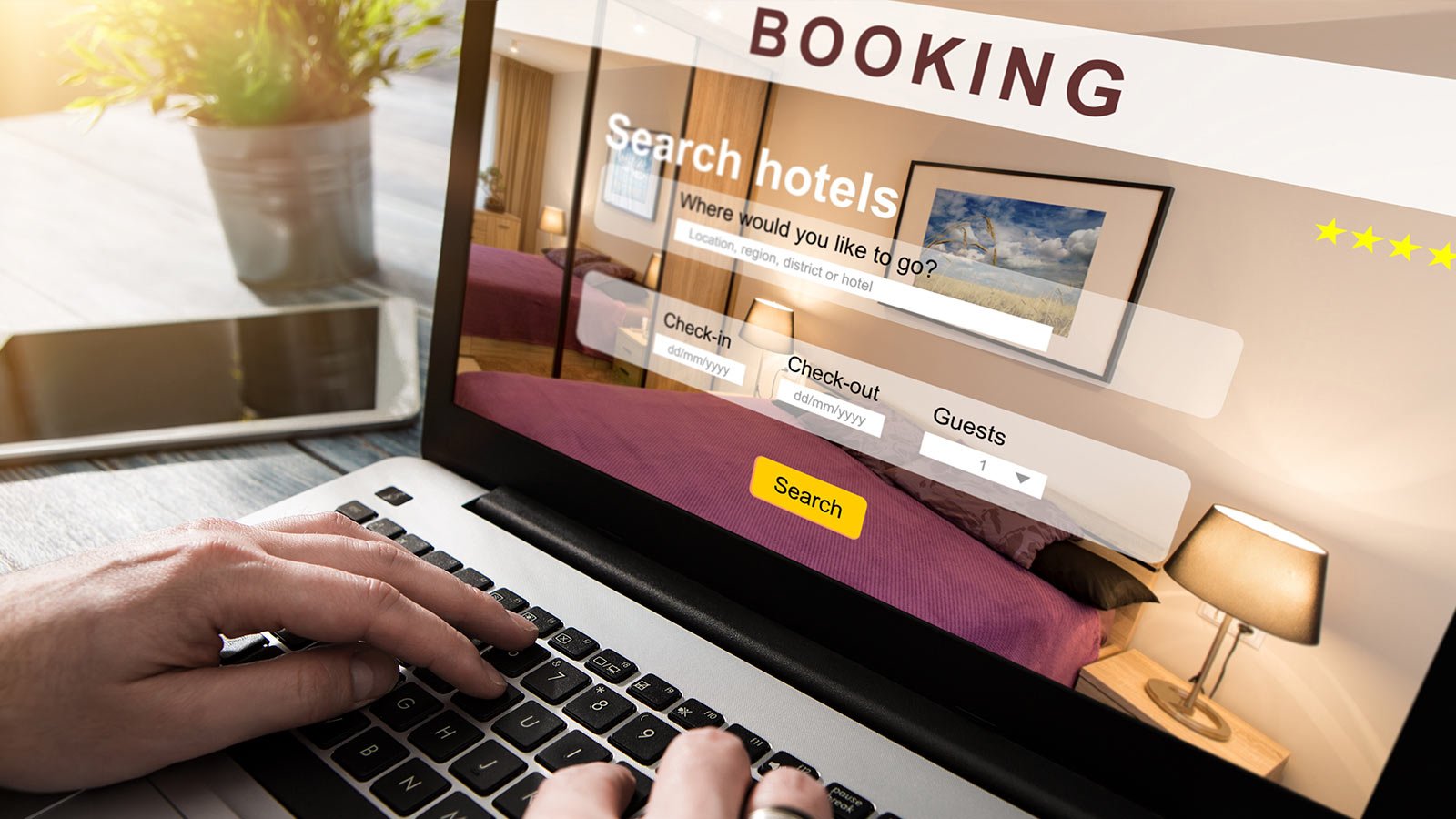 These eight business travel hacks—including when to book your flights, how to pack efficiently, what apps to download, and more—will help you become an expert on the road. 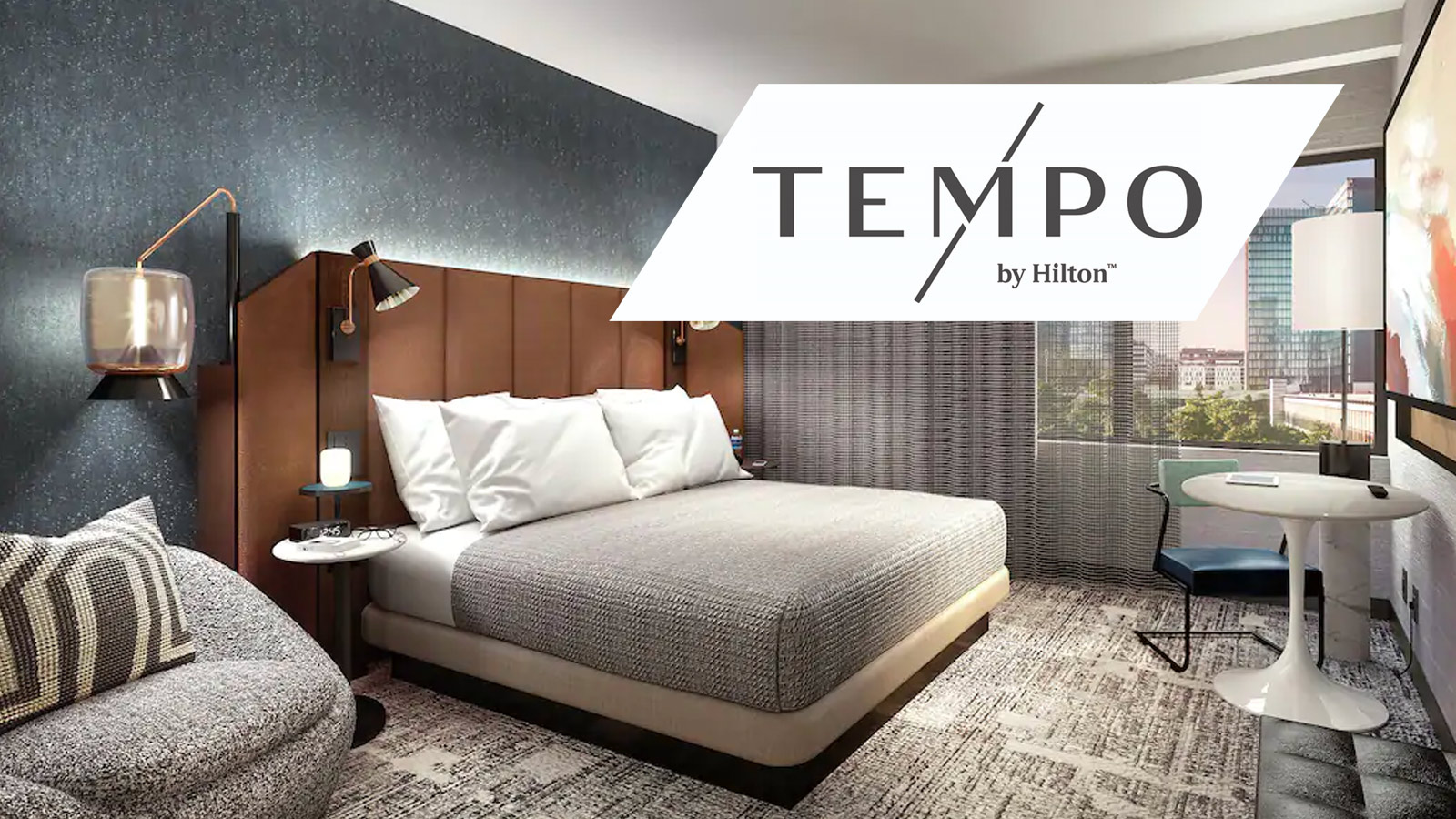